Sonalksis products are admired by some of the world's leading producers, composers and artists. From Grammy award winning albums, to Oscar winning film soundtracks, to prime-time TV themes, Sonalksis products have helped to shape the music that we hear everyday.

Check out some of our leading users below...

Bob Rice is a man who's worked with true legends, from Stevie Wonder, to Frank Zappa to Michael Jackson. Sonalksis first met Bob in Paris during Roger Waters 'Dark side of the Moon' tour. More recently, we caught up with him again to ask him about his experiences with Sonalksis plug-ins.

He'd just finished mastering the new CD "Singularity" by Robbie Krieger, guitarist of the Doors. "I believe I did that entire CD with a mastering chain from the Sonalksis mastering suite", said Bob. He also has nothing but praise for the full range of Sonalksis plugins. "When I need precision, and advanced problem solving tools, my main 'go to' items are tools made by Sonalksis. In the mix are the CQ1, DQ1, Stereo Tools, and any of the Creative Elements. Maxlimit, and Ultimate-D are always at the end of my chain, mastering, or doing reference mixes to send away with my clients. I even love the FreeG as my trim and metering plug! The 719 gate too! if you're serious about your sound, Sonalksis.... seriously!"

When you're under pressure to write the music for a TV show with an audience of 2 billion across 200 countries, you don't just look for quality - you also need reliability. So it isn't surprising that Barry Jamieson, whose credits stretch from TV shows like CSI to artists like Madonna and Brittney Spears, chooses Sonalksis plug-ins for his work.

Bazz, as he is known, is particularly fond of the unique Sonalksis dynamic-EQ processors, saying "The CQ1 is a joy to use and has a wonderful sound which is everything in this world of digital production." while the more precise DQ1 "is such a different way of processing sound that it’s allowed me to push sounds and make them more musical within a mix. But without taking any of the dynamics away by eqing them to sit in the mix."

Of the award winning Sonalksis Essentials plugins, he says "From mastering compression to down right sound abuse, the SV-315 gives great results on everything you throw at it... and the SV-517 is such a musical eq that I find I'm using it more and more within my sessions. It has everything you'd want from a seriously high end EQ. With a great feel to what your doing, it shapes your sounds like old eq gear from the past."

When it comes to Mastering, Phillip Klum is certainly a ruler of the field, with credits that few in the industry can match. Phillip has worked on recordings with artists such as Henry Rollins, Alanis Morrisette, Norah Jones and John Legend to name only a few. He has been a part of many Grammy award-winning and nominated records (Shawn Colvin, Dan Zanes, Oh Brother Where Art Thou, DaveVan Ronk, The Full Monty, Wizard of Oz), and has received Gold Records from artists like Jay-Z and Default. His film restoration and soundtrack work includes Martin Scorsese's "The Aviator" as well as the award-winning Stanley Nelson documentaryfilm "Jonestown: The Life and Death of Peoples Temple".

Phillip says "I've been using the SV-517 EQ and SV-315 Stereo Compressor plug-ins from Sonalksis and I have to say I truly love the results. Both plugs are very transparent and yet they have a nice analog feel to them. The 'rounded' sound I get is so reminiscent of my analog EQ's and compressors, I find myself using them in their place all the time. More and more in my mastering work situations I am calling on both the SV-315 and SV-517 to help take the projects to another level."

Gareth Jones has been a Sonalksis user since the early days of the company. If the name does not ring any bells, then maybe Depeche Mode, Erasure, Einstürzende Neubauten or Nick Cave & The Bad Seeds will. Mr Jones is highly responsible for the synth-pop sound of the 1980's. Without his musical and technical creativity and splendor as a producer, we might not have had any synth-pop at all, at least not as vivid and groundbreaking as it was - and still is...

Mike Castonguay is a producer and musician based in Los Angeles. He has multiple TV and Film Credits for his productions, which include the oscar winning 'Spirited Away'.

Mike says "Sonalksis plugins are some of the best I've come across!!! The SV-315 Mk2 Compressor is stunning and always is getting used in my sessions. It stands on it's own and it just sounds amazing! The Stereo Tools Imager is also one of my new favorites. Most of these imagers out there mess with the phasing too much, but this one is definitely an exception, a great secret weapon in a mix. Sonalksis is making some absolutely great stuff...What more could you want?"

Xander' Reid is a London born composer, producer and engineer whose recent work has been making waves in the urban scene on numerous hip-hop and R&B albums, but whose eclectic credits also include superstar bands Muse and Duran Duran.

'Stu' as he's known to his friends had the following to say about his experience with Sonalksis plug-ins: "I love the Creative Elements. The creative filter can really make stuff scream, and the uber compressor is so radical there's nothing else like it. I also find the dynamic-EQ plugs indispensable. I use the DQ1 on just about everything I do now, in place of a standard EQ, because it adds an extra dimension to EQ'ing which I can't do without now I've discovered it."

Los Angeles based (Icelandic) recording engineer Husky Hoskulds made the move from mixing for years on API and Neve consoles, to mixing 'in the box'. It was natural then, that the grammy award winning engineer, who has worked with the likes of Tom Waits, Sheryl Crow, and Norah Jones, should choose Sonalksis plugins, with their heritage from former Neve designers.

"Whether mixing for Elvis Costello, Mike Patton or Mavis Staples, the Sonalksis SV series Compressor and EQ find their way onto all the sessions. The ease of use, the stability and of course the sound - are all unbeatable." 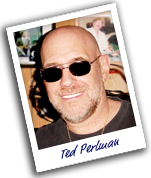 Ted Perlman's credits include Bob Dylan, Elton John and Brian Wilson, so he's completely at home with the traditional sound of analogue. Perhaps that's why he so admires the Sonalksis Essentials, with their true-analouge modelling technology.

Ted says "I have used hardware equalizers and plugins such as the Fairchild, Oxford, Pultec, 1176, LA2A, etc. for many years. Your plugins are the only ones that give that classic sound and feel to my tracks, especially vocal tracks. On vocals the Sonalksis compressor truly shines - the voices sound fat and delicious! Congratulations on a great product! There's not a producer or musician out there who wouldn't use this plugin everyday if they had it."

Oscar winning composer, instrumentalist and producer Luis Resto is perhaps best known for his collaboration with rapper Eminem, but his other credits include international hip-hop stars Jay-Z and 50 Cent. Luis regularly turns to Sonalksis in his productions.

"When I'm using Sonalksis plug-ins I know that I'll be able to dial in what I need just like their hardware counterparts without having to worry about my ears being fatigued by any 'digitizing' introduced by staying inside the computer. The compressors pump like my favorite hardware boxes and the eq's are able to accentuate frequencies subtly or extreme without introducing distortion."